Information technology leaders are called to be more than IT professionals: they should act as true business partners. We cover this topic in our article “5 Ways CIOs Can Be Better Business Partners”. As a business partner, an IT leader must be proficient in the area of finance to effectively create more monetary and strategic value.

In order to do that, here are three IT budget planning challenges and solutions IT leaders should address head-on:

How others view the role of IT is one of the most difficult budget challenges IT leaders face. Convincing decision-makers to allocate more funds to IT budgets when there is not a clear understanding of what the department actually delivers is a common problem. The IT department often finds itself viewed strictly as a cost centre. As discussed in Gartner’s “IT Cost Optimization Should Be an Ongoing Discipline,” this view forces CIOs to be reactive about cost optimisation, caving in to business pressure and effectively leaving money on the table (McGittigan/Solanki 2016). This is why today’s IT departments recognise the need to not only support operations, but to take an active role in driving revenue. Instead of limiting the question to only “How can we do the same with less?” IT budget management is starting to ask “How much more value could we generate by investing in new technology?”

A perception problem impacts more than just the allocation of departmental resources. Taking a step back, the Rule of Expectations asserts that there is a strong connection between the existence of a specific expectation and the expectation being met. It would then follow that if IT is viewed as a cost centre with the expectation of reducing costs, IT professionals will identify themselves primarily as cost-cutters and focus the majority of their effort on reductions in spending. In contrast, when the expectation is set that IT is responsible for producing value and driving revenue, the team will shift their focus to those ideas and actions which move the business forward.

So how does IT combat its own cost-centre mentality? By being more proactive. As the lines between marketing and IT continue to blur, IT budget managers should take a page out of the marketing script and practise the art of self-promotion. In the report Flipping to Digital Leadership: The 2015 CIO Agenda, Gartner suggests flipping IT metrics to be value-facing. For example, instead of “reducing costs of IT per pound of revenue,” IT departments could share “increasing revenue per pound of IT costs”. While measuring projects accurately is expected, IT departments need to tell stories of success as well. How did this IT initiative that was budgeted for last year get Alex Salesperson to sell better? Again, IT teams need to break the habit of referencing only cost savings and instead emphasise successful projects that create value. Cost savings should be positioned as opportunities to reinvest money into revenue-driving IT projects which build on the value side of IT budget spending.

2. The Need for a Smarter Budget Structure

Another familiar challenge for IT budget leaders is building a budget structure that supports a value-centred approach. This tactic divides the overall IT budget plan into categories, each with their own budgeting strategies. It’s a method that helps to focus IT budget planning on driving the organisation forward.

One common budgeting structure is Run-Grow-Transform. Within this structure, IT leaders are required to identify spending as it relates to running, growing and transforming the organisation. Often, spending in the “run” category is reduced and reinvested into the “grow” or “transform” categories. If the priorities are orientated to the short term, then the “grow” categories demand more resources. Alternatively, if the organisation’s priorities are orientated to the long term, then the “transform” categories demand more resources.

Another popular choice is the three-layer approach which Gartner advocates in Spend IT Wisely With a Three-Layer Strategy for IT Cost Optimization. An outer layer includes any IT spending that is mission-facing or that creates a competitive advantage for the organisation (Solanki, 2013). A middle layer encompasses any spending “specific to the industry in which the business operates”. Gartner uses the example of crew-rostering systems in the airline industry as the middle layer cost. The inner layer consists of spending that supports office functions. Using this model, an IT budget leader would look to reduce costs in the inner layer and reinvest in the outer layer, while ensuring costs in the middle layer were benchmarked with other companies in their industry.

These are only two examples of how to account for the diversity within IT spending, along with the different strategies required. It is critical to research and choose an IT budget structure that aligns with the organisational priorities.

3. Lack of Flexibility in Budgets

One of the most important determinants of success is the ability to act quickly in response to changes to achieve competitive advantages. IT budget planning presents a challenge to agile IT management by allocating organisational spending into tools and projects with long-term time frames. This limits IT leaders’ ability to adapt to change and respond in a way that maximises value at any given time. The good news is that IT departments can create flexibility in budgets by structuring agility into the actual IT budgeting process. Some organisations use a quarterly budgeting system, known as a rolling budget, to address adjustments in budget allocation and prioritisation as the year moves forwards. Others create intricate alternative scenario budgets which identify events that could occur and would then trigger an alternatively prepared budget.

Budget flexibility can also be achieved through careful vendor selection. Although price cuts are often offered for long-term commitments, there is typically no guarantee the vendor’s product or solution will remain relevant. Terms and conditions should allow for quick changes in service or even complete termination of contracts without penalty. Vendors with these more accommodating policies may be more expensive in the short term, but their long-term flexibility gives IT departments the ability to take advantage of future opportunities or address unforeseen problems as needed.

Changing perceptions, building new IT budget structures and creating flexibility are ambitious initiatives, but without incorporating some form of each, the IT department will continue to be viewed as a cost centre and not as a revenue driver. To be a better business partner, IT budget leaders must project their worth by driving value and effectively communicating results. Addressing these three budget challenges puts any IT leader well on their way to a more robust IT department and a stronger role in contributing to the success of the organisation. Hear from our Customer Director in Europe, Carole Gilkes, on how to prepare and adapt your business for the 2023 recession. Explore tactics for maintaining growth and staying true to sustainability and security goals in a volatile economy. Discover how a multinational power technology corporation achieves a seamless migration to a unique IBM i solution with Service Express, saving $2.4 million in OpEx. 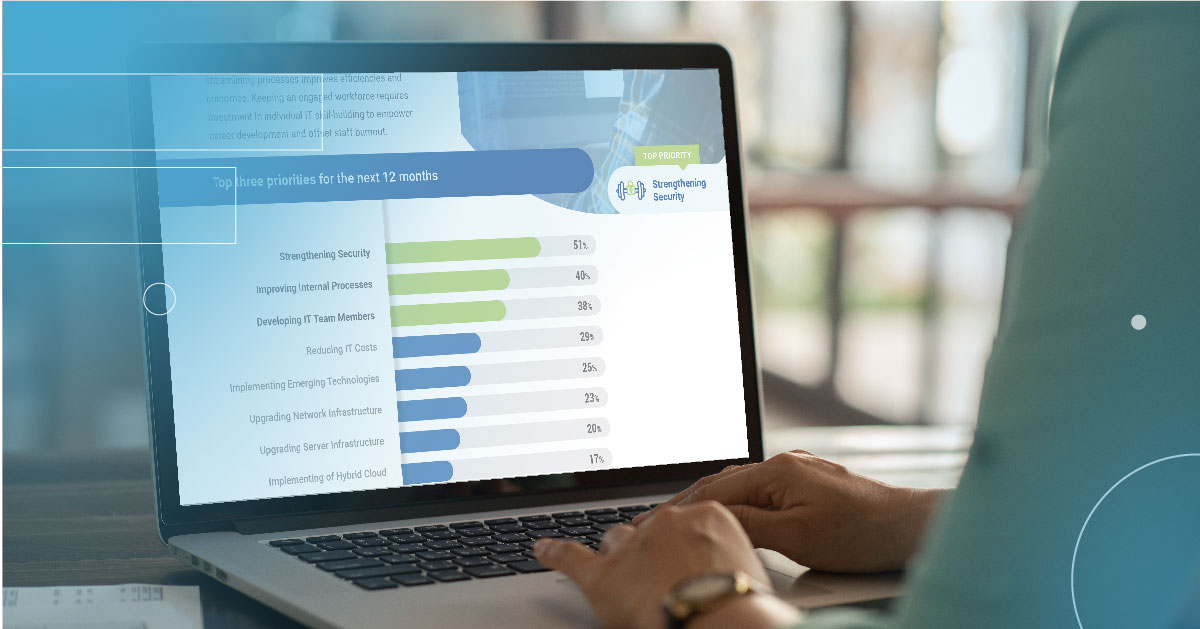 See how IT teams are responding to changes & challenges; review survey data from over 900 IT professionals.